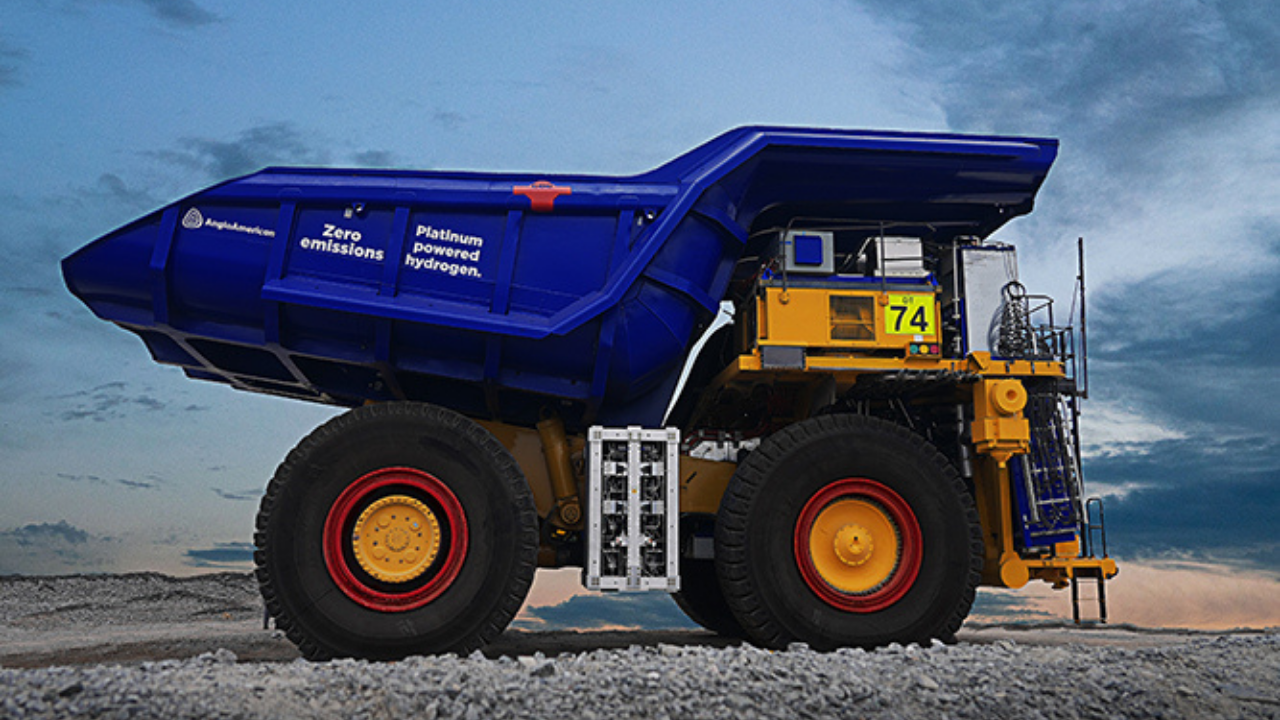 Global mining giant, Anglo American plc has unveiled a prototype of the world’s largest hydrogen-powered mine haul truck designed to operate in everyday mining conditions at its Mogalakwena PGMs mine in South Africa. The truck is a 2MW hydrogen-battery hybrid vehicle capable of carrying a 290-tonne payload, and generates more power than its diesel predecessor.

The launch of hydrogen-powered truck of is part of Anglo American’s nuGen™ Zero Emission Haulage Solution (ZEHS) project. The nuGen project will see Anglo develop a fully integrated green hydrogen trucking system including fuel production, fuelling and haulage systems, with green hydrogen set to be produced at the mine’s site.

According to Anglo American, the nuGen project is an essential for part of its FutureSmart Mining strategy – the company’s approach to sustainable mining which aims to bring together technology and digitalisation to drive sustainability outcomes.

“With diesel emissions from our haul truck fleet accounting for c.10-15% of our total Scope 1 emissions, this is an important step on our pathway to carbon neutral operations by 2040,” said Duncan Wanblad, Chief Executive of Anglo American.

“The mining industry is playing a considerable role in helping the world decarbonise, both through our own emissions footprint and the metals and minerals that we produce that are critical to low carbon energy and transport systems,” added Wanblad.

For the nuGen project, Anglo American says it worked with some of the world’s leading creative engineering and technology companies, such as ENGIE, First Mode, Ballard and NPROXX to design, build, and test a 1.2MWh battery pack. The haul truck system uses multiple fuel cells that deliver up to 800kW of power, combining to deliver a total of 2MW of power.

The mining giant also worked with its partners to design and implement a software solution to safely manage power and energy between the fuel cells, batteries, and vehicle drivetrain. The work included developing power management and battery systems from the ground up. Anglo says this enabled them to tailor the system to each mine, and improve overall efficiency by designing in energy recovery as the haul trucks travel downhill through regenerative braking.

Late late year Anglo American appointed Norwegian renewable energy company Scatec, and France’s Engie to produce green hydrogen at the Mogalakwena PGMs mine where the hydrogen-powered mine haul truck will operate. The hydrogen produced at the site will be used to power the gargantuan machine.

“The impact of our nuGen™ project goes far beyond our operations. We believe that the emerging hydrogen sector has the potential to dramatically improve the growth and development of many economies by creating new industrial value chains and economic generation opportunities. Growing the hydrogen economy will revolutionise not just Anglo American’s operations, but all mining and many other industries – and ultimately shape a better, cleaner world,” concluded Wanblad.