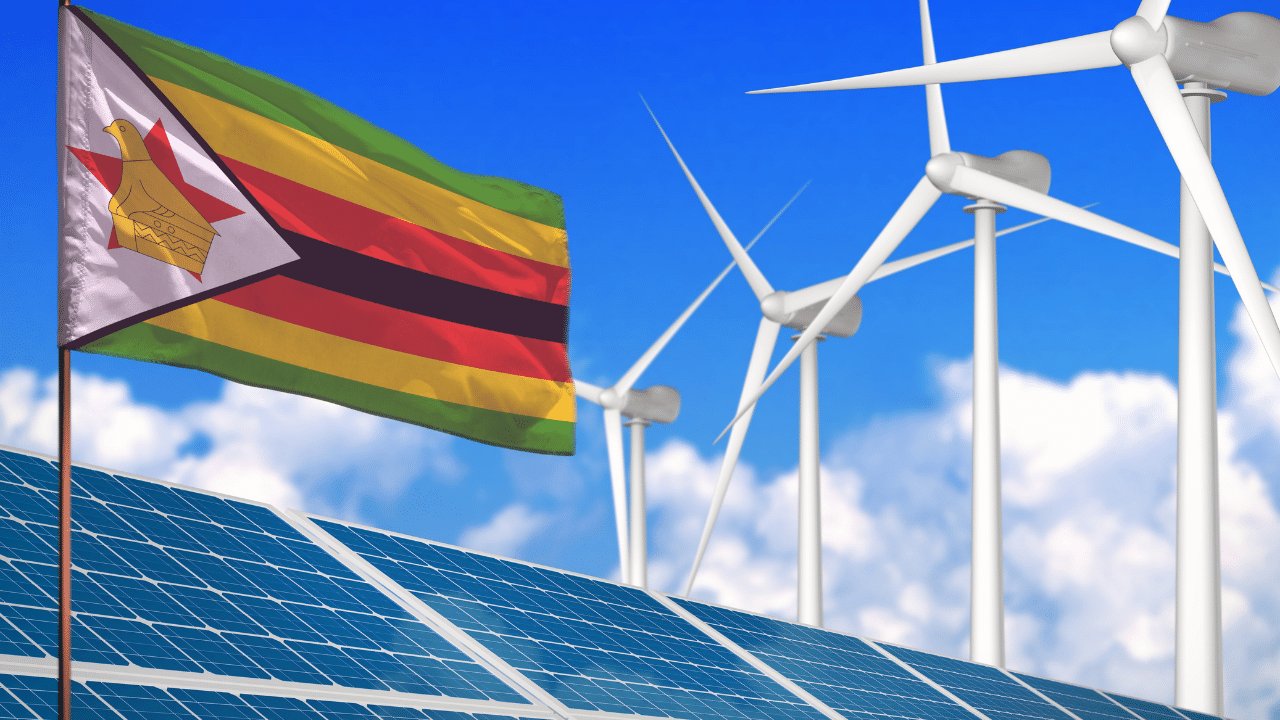 The Energy and Power Development Minister in Zimbabwe, Zhemu Soda, has announced that the Southern African country is targeting to produce 2 000 megawatts (MW) of electricity from renewable energy sources. The Zimbabwean energy minister made the announcement at the just ended 3rd International Renewable Energy Conference and Expo in the resort town of Victoria Falls.

“My ministry’s strategic goal is to achieve and install renewable capacity of 1 100 MW or 16,5 percent of total electricity, or whichever is higher by 2025 and 2 100 MW or 26 percent by 2030,” said Zimbabwe’s energy minister, Zhemu Soda.

Zimbabwe’s power generation capacity is significantly subdued. The country only meets close to half of its 2 200MW peak demand from its domestic generation assets owned by state utility ZESA Holdings, and a few smaller solar and hydro assets owned by independent power producers (IPPs).

The landlocked country at best can produce 1 400 MW from ZESA’s Kariba hydroelectric plant and the Hwange thermal power station combined. The country then supplements its power supply shortfall through electricity imports from neighbouring South Africa and Mozambique via the Southern Africa Power Pool (SAPP).

Reforms to attracting RE investment

As part of its efforts to improve the power supply situation in the country, the government is implementing a raft of reforms including opening up the electricity market to the private sector, and recently amended the net-metering regulations. Under the new net metering regulations, households and businesses can now feed up to 5MW of their excess electricity into the grid, and off-set part of their electricity bill in tandem with the amount of electricity fed to the grid.

Zimbabwe’s energy minister also outlined that the country has applied for US$10 million in green funding from the Sustainable Development Goal Fund which will be used for technical  assistance, capacity building and project development.

Independent power producers in Zimbabwe are also allowed to sell an uncapped amount of electricity to private consumers of their choice in the country with licensing threshold limitations from the energy regulator ZERA. IPPs can also apply from the ZESA’s distribution subsidiary ZETDC for wheeling of electricity via the national grid.

Under Zimbabwe’s National Renewable Energy Policy of 2019, investors can import their equipment exercise duty-free, and will have an option to take a 5 year tax holiday after completion of the project.

Despite the favourable regulations, Zimbabwe is yet to attract significant renewable energy investors with much of the projects developed by IPPs being smaller than 50 MW. Concerns around foreign currency shortages and political risk have been cited by experts as hindrances to the country meeting its renewable energy potential.