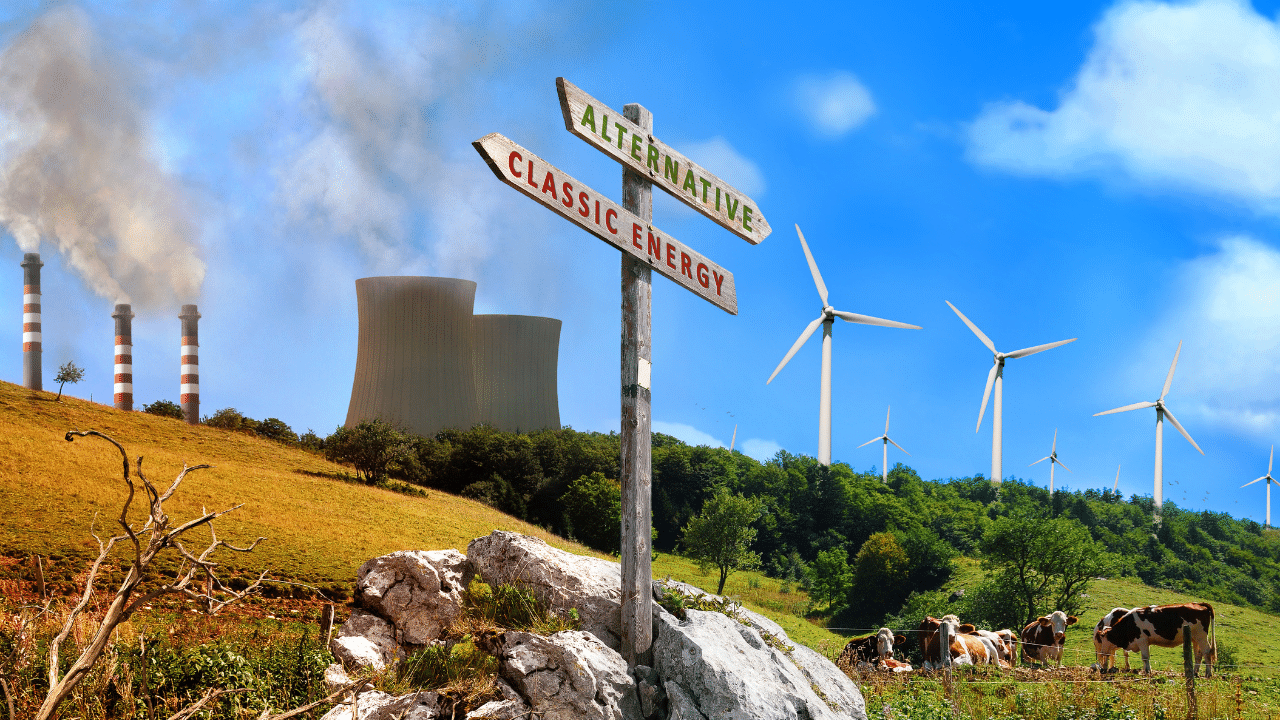 South African electricity is the most carbon intensive in the world.
LinkedInTweetShare

In the opening days of the COP26 international climate conference, a financing partnership was announced between South Africa and a consortium consisting of France, Germany, the UK, the US and the European Union (EU). The partnership aims to support South Africa’s just transition to a low carbon and climate resilient economy and society. Essentially a just transition is one where no one is left behind.

The partnership mobilises an initial R131 billion (US$8.5 billion) over the next three to five years. Some of this in the form of grants and some is concessional debt finance (cheaper than commercial debt).

The partnership is intended to enable a range of outcomes. One is to speed up the process of moving away from carbon in the electricity system. South Africa’s power generation depends mostly on coal and the country has committed to reducing emissions in line with the Paris Agreement. It has recently updated its nationally determined contribution to the international emission-reduction effort. Importantly, the finance will support the workers and communities who will be affected as the country moves away from coal.

Another aim is to support a sustainable solution for the South African power utility’s debt and ensure its long term financial sustainability in the context of power sector reforms.

Finally, the partnership will channel finance towards the development of the electric vehicle and green hydrogen sectors.

A task force including national and international partners will develop the specifics of the support over the coming year.

The announcement made international headlines and is highly significant for many reasons. The finance offer is large; it has a strong element of justice; it’s not just about a few individual projects; and it’s for a country that has long been shaped around its dependence on coal.

This partnership represents an important opportunity for South Africa at a critical juncture if it is approached strategically and if domestic politics can be managed. A failure to engage the partnership strategically will squander the moment, resulting in an incremental outcome that won’t unlock the just transition the country so desperately needs. A failure to tame the politics would put the entire flow of finance at risk.

Significance of the finance

Pitched at an initial US$8.5 billion, the partnership has the potential to be one of the largest individual climate finance transactions to date. Large Green Climate Fund transactions hover closer to the US$1-3 billion mark.

Its justice element is important. It has an explicit focus on supporting those who face immediate transition impacts, such as the approximately 80,000 coal miners and the communities who depend on them.

The partnership envisages that the climate finance will enable an energy sector transition, which is different to the usual focus of climate finance on individual green projects.

Finally, the partnership is significant because it has been announced despite South Africa’s coal legacy and influential incumbents. The country has spent over 100 years building an economy whose competitive advantage is based on coal as its primary energy source. My research reflects on how much flows from this. The legacy of coal is evident in physical infrastructure, the way the energy sector is organised and the form of energy sector institutions. It influences the way finance flows and power sector contracts are written. And there are powerful groupings who have vested interests in keeping it all this way for as long as possible.

Ironically it is this legacy that enables South Africa to offer the world significant and globally cost-efficient emission reductions as it changes course. South African electricity is the most carbon intensive in the world. Because renewable energy is now the cheapest form of power supply, decarbonising the country’s electricity supply by accelerating the phase down of the coal fleet will yield a large volume of emission reductions at very low cost, especially compared to more expensive emission reduction options in other sectors and countries.

But the political and institutional challenges to realising this transition are very real.

The global target of achieving an average of net zero carbon emissions by 2050 is an enormous challenge. It requires rapid and disruptive change as economies and societies globally are decarbonised within three decades. But technology and finance are already driving the transition. This can be seen in the massive decline in the cost of renewable energies and the accelerating shift of financial portfolios to green investments. Global capitalism is now oriented towards a low carbon economy.

As a small open economy, South Africa can neither resist nor control these forces. And the country is in a vulnerable starting position as one of the world’s most carbon intensive economies. There is not much time to avoid being economically marginalised as wealthier and nimbler economies mobilise around net zero goals. South Africa will need all the support it can get to keep up with the pace of change.

Fortunately, as studies by the National Business Initiative and Meridian Economics-CSIR show, accelerated electricity decarbonisation has two big pluses. It is the cheapest way of providing a reliable electricity supply to the economy. And renewables have the shortest lead time to build. So they are the quickest and cheapest way to lift the country out of its current power cut woes.

The just transition partnership announcement has achieved both a political space and an implementation platform (the taskforce) to start working out the support details. These details include the type of financing instruments, what the finance will be used for, the mix of grant and debt, and financing terms and conditions. An initial scope of supported actions, financing sources and terms will be identified within six months, with a full partnership work programme and investment plan outlined within a calendar year.

Currently, there are many views on what the details could look like. These include Eskom’s Just Energy Transaction, Meridian Economics’ Just Transition Transaction and the Presidential Climate Commission.

The taskforce will have to work out how to:

But if the technical details are formidable, a recent address by the Minister of Minerals and Energy, Gwede Mantashe, demonstrates that the domestic politics are even more so. In direct opposition to Ramaphosa’s vocal support of the partnership and decarbonisation trajectory, Mantashe argued that South Africa should continue to exploit its coal resources, suggesting that the partnership is an attempt to pressurise the country to conform to an international agenda that is not in the country’s best interest.

Despite the economic realities of a global energy transition well under way, and the increasingly obvious technical, economic and social failings of South Africa’s coal-based energy system, the political challenges to leaving the coal legacy path are clear.