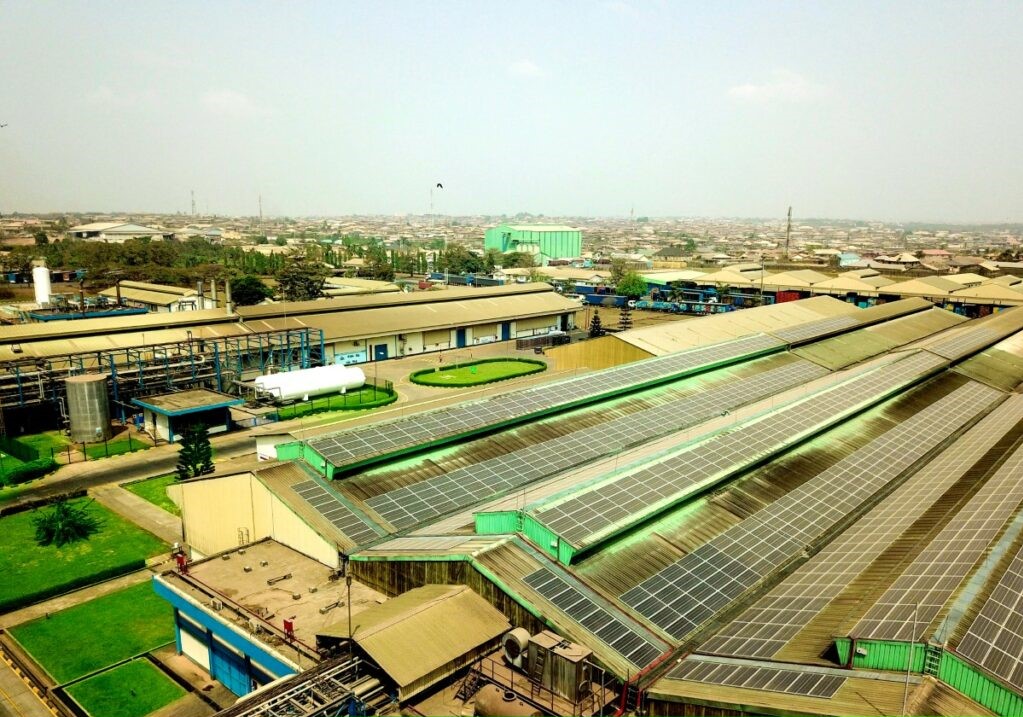 “We are excited to announce the commissioning of a 663.6 kWp solar plant at the Nigerian Breweries Plc factory in Ibadan, Nigeria. This fully financed solar Power Purchase Agreement is the first of its kind for a major Nigerian business customer,” says CrossBoundary on a LinkedIn post.

Guinness Ghana Breweries a subsidiary of the British Diageo Group, is looking to source 100% of its electricity needs from renewable sources by 2030. This will significantly reduce emissions from short-lived climate pollutants, such as hydrofluorocarbons.

Guinness Ghana Breweries will pay monthly, discounted solar electricity bills, while remaining protected from the technical and operational risks of operating a solar project for the long-term.

The Nigerian Breweries solar plant will supply approximately 800 MWh to the brewery annually, while reducing the site’s CO2 emissions by over 10,000 tonnes over the lifespan of the plant.

CrossBoundary Energy will operate the rooftop solar facility on behalf of Nigerian Breweries as part of a 15-year solar services agreement. Under the agreement, Nigerian Breweries will only pay for solar power produced, receiving a single monthly bill that incorporates all maintenance, monitoring, insurance, and financing costs.

CrossBoundary says this is the first of its kind solar power purchase agreement (PPA) for a major Nigerian business customer. The solar power produced by the plant will come at a ‘significant discount’ to the brewery’s current cost of power.

You may also like...
Related Topics:CrossBoundary, Featured, Rest of Africa, solar, West Africa