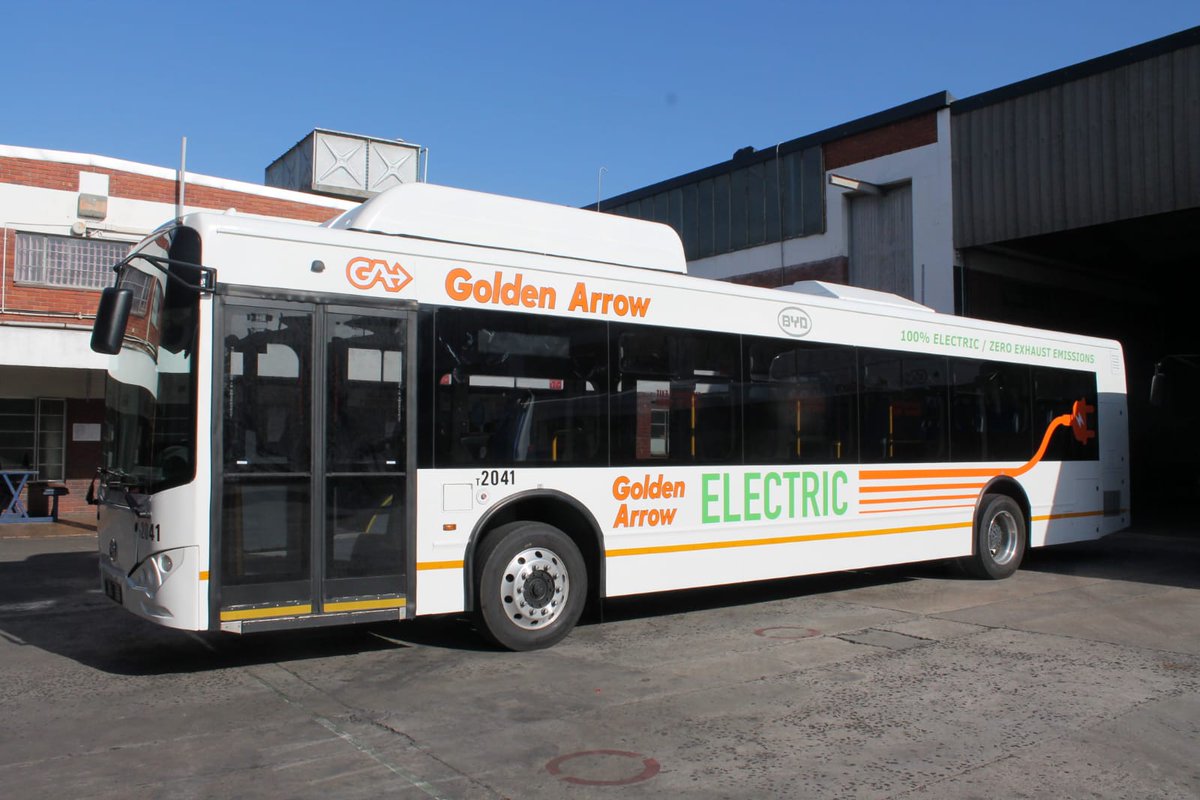 The bus has a 300km range
LinkedInTweetShare

Cape Town based bus service company, Golden Arrow Bus Services (GABS), has added two electric busses to its fleet, a first for South Africa. The busses have a 300km range and will be transporting passengers along active routes.

The 160 year old bus company started its renewable energy journey in 2017 with the pilot installation of two solar energy plants with 25 kilowatts power capacity on the roof of its Multimech depot. The project was a collaboration involving Golden Arrow, New Southern Energy, and the City of Cape Town.

The installed renewable energy systems will be responsible for charging the busses. The company is looking to reduce its carbon emissions and use more renewable sources of energy.

Before adding the two electric busses to its fleet, GABS partnered with Chinese bus manufacturer Build Your Dreams (BYD) and uYilo in a 12 month pilot test for two 100% electric buses. One of the two busses was tested without passengers, and the other was loaded with sandbags, equivalent to 44 passengers in weight. The results were encouraging, leading to the company adding the busses to its fleet.

GABS transports over 250,000 passengers daily. The new electric busses will operate between Retreat and Cape Town. The new additions will help accommodate new passengers who have been affected by the collapse of the Cape Town Metrorail service.

“My department endorses innovation programmes such as this one given the challenges experienced by our commuters in the absence of the passenger rail system,” said Western Cape Transport and Public Works MEC, Daylin Mitchell.

“The narrative around safety on Golden Arrow busses is very different. After taking a ride in this bus, I am confident passengers will feel safe during their journey.”