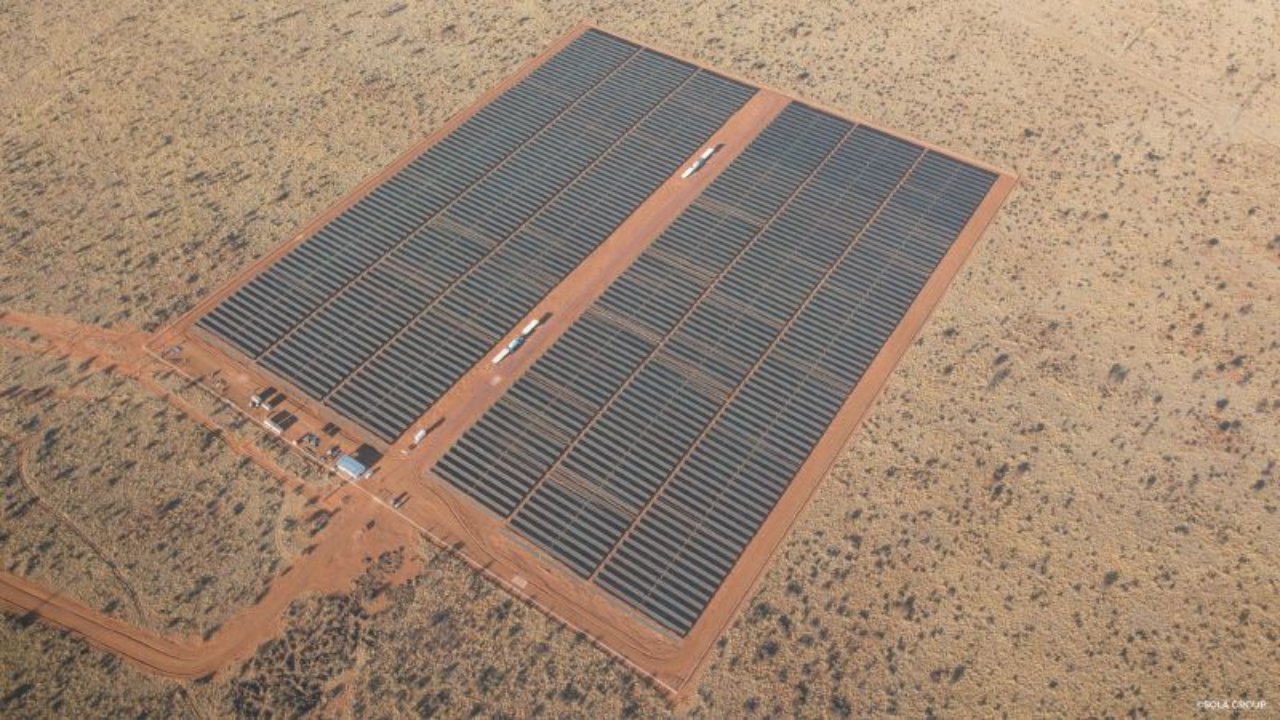 Cape Town based renewable energy solutions company, SOLA, has launched the 10MW Adams Solar PV plant in the Northern Cape three months ahead of schedule. A first of its kind, the solar energy facility will provide over 28 million kWh of clean electricity to Amazon Web Services’ offices in Cape Town via the Eskom grid annually, marking the first large-scale energy wheeling project in South Africa.

The facility has over 24 000 bifacial solar modules on single axis trackers, covering an area of 20 hectares. The project will ensure Amazon Web Services avoids 25 000 tons of carbon emissions annually – that is equivalent to taking 5400 cars off of the road for a year.

Energy wheeling is a new model of private energy procurement that allows power to be generated and purchased in geographically distinct locations. Amazon Web Services collaborated with Mahlako Financial Services and the SOLA Group on the project.

“We are delighted that the project has achieved the commercial operation date. This is a significant position for our Fund, which is 100% black-women owned and operated, showcasing our commitment to growing our portfolio to bring about desired returns for our investors, and our confidence in the renewable energy space as a viable and attractive to facilitate economic transformation.” said Makole Mupita, Fund Principal of the Mahlako Energy Fund and non-executive director of Adams Solar PV Project.

The Future of Wheeling in South Africa

South Africa’s Department of Minerals and Energy, NERSA and Eskom have been collaborating to deregulate the South African energy sector and allow more private players into the energy system. Eskom is currently busy with a restructuring that will see it separate into three entities including generation, transmission and distribution divisions. The transmission and distribution divisions are expected to play a key role in facilitating competition in South Africa’s energy sector.

Currently Eskom enjoys a monopoly of energy supply with the utility covering over 90% of South Africa’s energy needs. The utility has not been able to constantly guarantee electricity supply as its aging coal fleet is no longer operating optimally resulting in rolling blackouts being implemented costing the economy billions.

“Power generated from wheeling projects will increase the amount of IPPs and relieve the sole electricity provision burden on Eskom,” SOLA said.

South Africa’s power grid is under pressure: the how and the why
Sungrow appoints Hudaco Energy as Southern Africa distributor
Advertisement