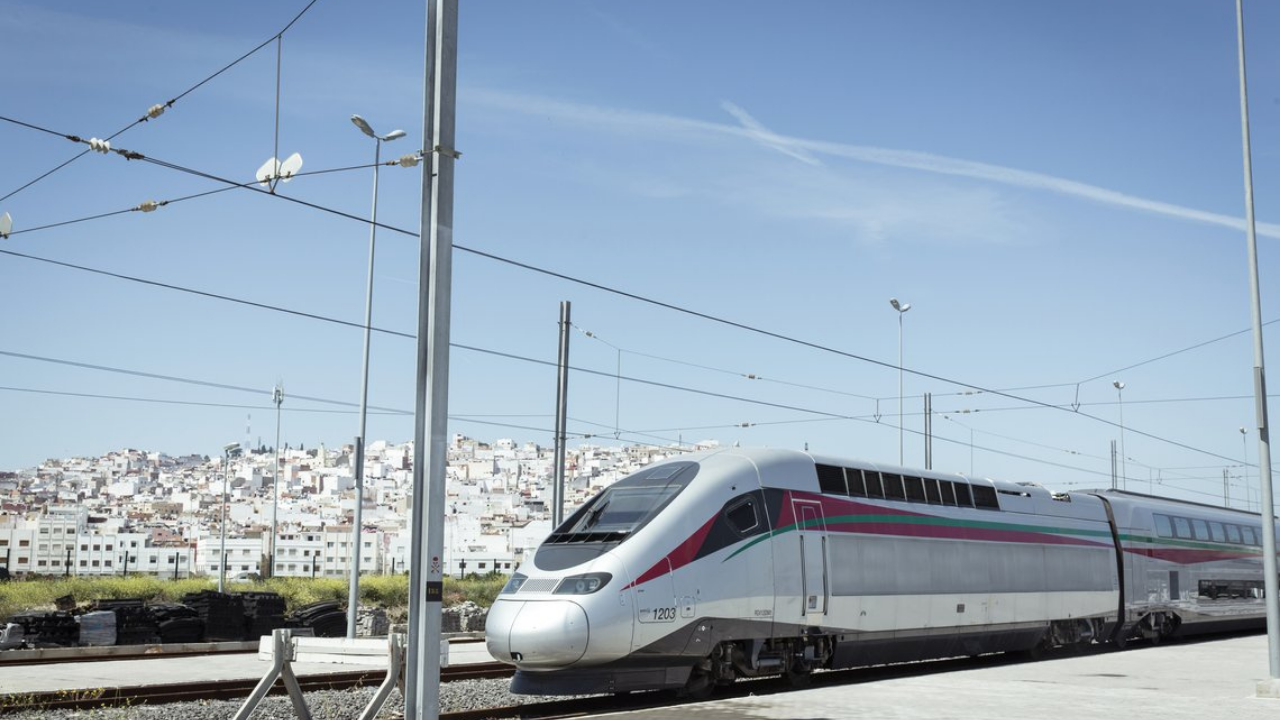 The Al Boraq to meet 50% of its power needs from renewables by 2023.
LinkedInTweetShare

As of 1 January 2022, Morocco’s high-speed train, the Al Boraq, started using renewable energy to supplement some of its power needs, according to an announcement made by the National Railways Office (ONCF) last week. This development makes Morocco’s Al Boraq the first major train in Africa to source power from renewable energy sources.

Morocco’s National Railways Office (ONCF) has ambitious targets to power the Al Boraq from 100% renewable energy. As part of ONCF’s green transformation plan, Al Boraq is now supplementing 25% of its electricity needs with renewable energy, with plans to extend this to 50% by 2023.

This new measure will allow ONCF, in the short term, to improve the overall carbon footprint, with the equivalent of 120,000 tons of CO2 avoided each year, or 4 million trees planted.

This switch to renewables is part of Morocco’s national energy strategy which aims to increase the share of renewable resources to more than 52% of installed power generation capacity by 2030. Morocco’s decarbonization plans include greening its transport sector and reducing the carbon emissions from various industries.

The North African country is endowed with some of the world’s best solar energy and wind resources. The Kingdom’s renewable energy push makes it one of the most committed emerging economy countries in the development of wind and solar energy.

Morocco is also racing to develop a hydrogen economy and produce green hydrogen for the export market, particularly to the EU where it is geographically close to. The recently passed European Green Deal (a roadmap to cutting down on carbon emissions, boosting the economy via green technology) is expected to boost North African countries’ economies through export of green energy and its derivatives to the EU. Morocco alone is expected to create 482,000 jobs in Morocco by 2040 in its renewable energy sector as a result of the EU Green Deal.