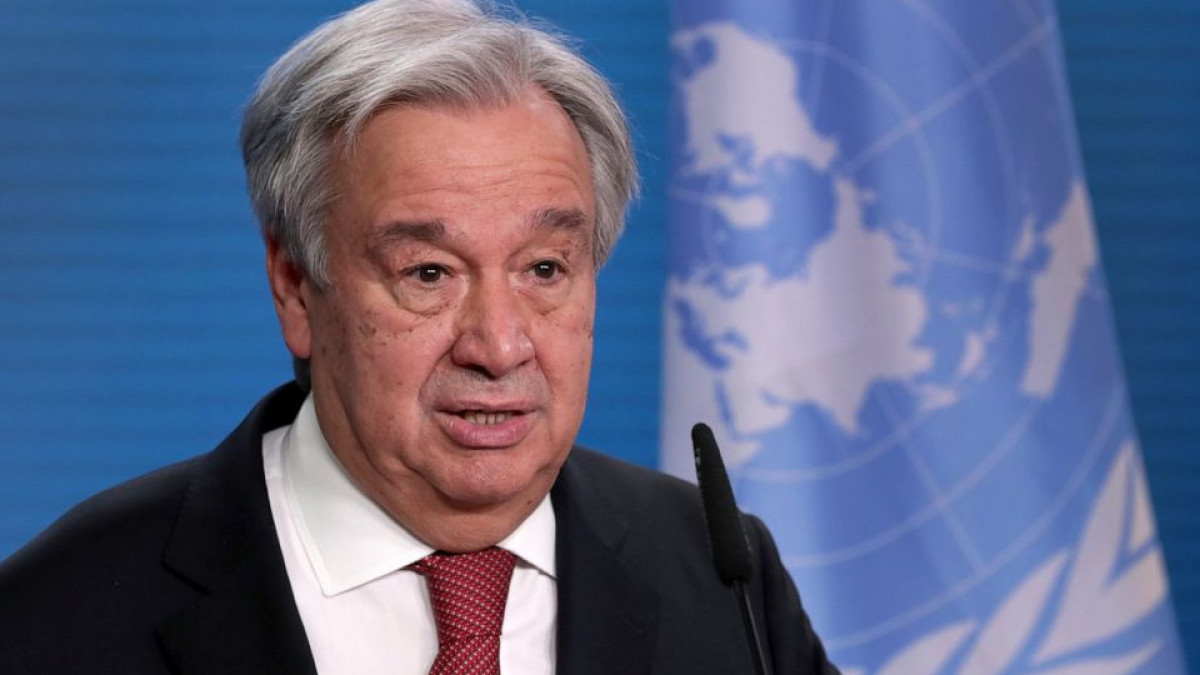 The past seven years have been the warmest on record.
LinkedInTweetShare

New report published on Wednesday by the World Meteorological Organization (WMO) shows that greenhouse gas concentrations, sea level rises, ocean heat levels and acidification, all set new records during 2021. The UN has called for an accelerated transition to renewables to prevent the worst impacts of climate change.

The State of the Climate 2021 report indicates that extreme weather – the day-to-day face of climate change – wreaked a heavy toll of human lives, triggered shocks for food and water security, and led to hundreds of billions of dollars in economic losses last year.

The report, which describes yet more clear signs that human activity is causing harm on a planetary scale – to our land, ocean and atmosphere – also confirms that the past seven years have been the warmest on record, with global temperature in 2021 reaching about 1.1°C above pre-industrial levels.

“It is just a matter of time before we see another warmest year on record. Our climate is changing before our eyes. The heat trapped by human-induced greenhouse gases will warm the planet for many generations to come”, warned WMO chief Petteri Taalas. “Sea level rise, ocean heat and acidification will continue for hundreds of years unless means to remove carbon from the atmosphere are invented”.

A plan for renewables

Calling the report, a “dismal litany of humanity’s failure to tackle climate disruption”, UN Secretary-General António Guterres said that while time is running out to prevent the worst impacts of the climate crisis, there is a ‘lifeline’ right in front of us.

“We must end fossil fuel pollution and accelerate the renewable energy transition before we incinerate our only home… Transforming energy systems is low-hanging fruit”, he emphasised in a video message.

Guterres stressed that renewable energy technologies such as wind and solar are readily available and in most cases, cheaper than coal and other fossil fuels. The UN chief proposed five critical actions to jump-start the energy transition, which he called the “peace project of the 21st century”.

Mr. Guterres called for a new global coalition on battery storage led by governments and bringing together tech companies, manufacturers and financiers to fast-track innovation and deployment.

2. Secure, scale up and diversify the supply components and raw materials for renewable energy technologies

Supply chains for renewable energy technology and raw materials are concentrated in a handful of countries, and more international coordination is needed to overcome this obstacle.

The UN chief is calling for governments to fast-track and streamline approvals of solar and wind projects, modernise grids and set ambitious renewable energy targets that provide certainty to investors, developers, consumers and producers.

4. Shift subsidies away from fossil fuels

Each year, governments around the world pour around half a trillion dollars into artificially lowering the price of fossil fuels – more than triple the subsidies given to renewables.

“While people suffer from high prices at the pump, the oil and gas industry is raking in billions from a distorted market. This scandal must stop”, Guterres highlights.

5. Private and public investments in renewable energy must triple

The UN chief is calling for an adjustment to risk frameworks and more flexibility to scale up renewable finance.

“it’s time to jump-start the renewable energy transition before it’s too late”, the Secretary-General urged.

The UN chief’s plan is long overdue, at a time when extreme weather continues to impact the lives of millions in recent weeks, as seen with the drought emergency in the Horn of Africa, the deadly floods in South Africa, and the extreme heat in India and Pakistan.

The WMO State of the Global Climate report complements the latest assessment of the Intergovernmental Panel on Climate Change (IPCC) which only included data up to 2019, and it will be used as a negotiation document during the upcoming UN Climate Conference in Egypt (COP 27) later this year.

Here are some of its key findings:

Levels reached a new global high in 2020 and continued to increase in 2021, with the concentration of carbon dioxide reaching 413.2 parts per million globally, a 149% increase on pre-industrial levels.

Another record high. The upper 2,000m depth of ocean water continued to warm in 2021 and it is expected that it will continue to warm in the future – a change which is irreversible on centennial to millennial time scales, and deeply affects marine ecosystems such as coral reefs.

Because of the excess carbon dioxide (CO2) the ocean is absorbing (some 23% of annual emissions), its waters are increasingly acidifying.

This has consequences for organisms and ecosystems, and also threatens human food security and tourism.

Sea level increased a record of 4.5 mm per year over the period 2013-2021, mainly due to the accelerated loss of ice mass from the ice sheets.

This has major implications for hundreds of millions of coastal dwellers and increases vulnerability to tropical cyclones.

In 2021, glaciers in Canada and the US Northwest had a record ice mass loss because of heatwaves and fires in June and July.

Greenland also experienced an exceptional mid-August melt and the first-ever recorded rainfall at its highest point.

The heat broke records across western North America and the Mediterranean in 2021.  Death Valley, California reached 54.4 °C on 9 July, equalling a similar 2020 value as the highest recorded in the world since at least the 1930s, and Syracuse in Sicily reached 48.8 °C.

Flooding caused economic losses of US$17.7 billion in Henan province of China, as well as 20 billion in Germany. It was also a factor leading to heavy loss of life.

Droughts affected many parts of the world, including the Horn of Africa, South America, Canada, the western United States, Iran, Afghanistan, Pakistan and Turkey.

The drought in the Horn of Africa has intensified through 2022. Eastern Africa is facing the very real prospect that the rains will fail for a fourth consecutive season, placing Ethiopia, Kenya and Somalia into a drought of a length not experienced in the last 40 years.

Worsening humanitarian crises in 2021 have also led to a growing number of countries at risk of famine. Of the total number of undernourished people in 2020, more than half live in Asia (418 million) and a third in Africa (282 million).

Hazards related to water events continued to contribute to internal displacement. The countries with the highest numbers of displacements recorded as of October 2021 were China (more than 1.4 million), the Philippines (more than 386,000) and Viet Nam (more than 664,000).