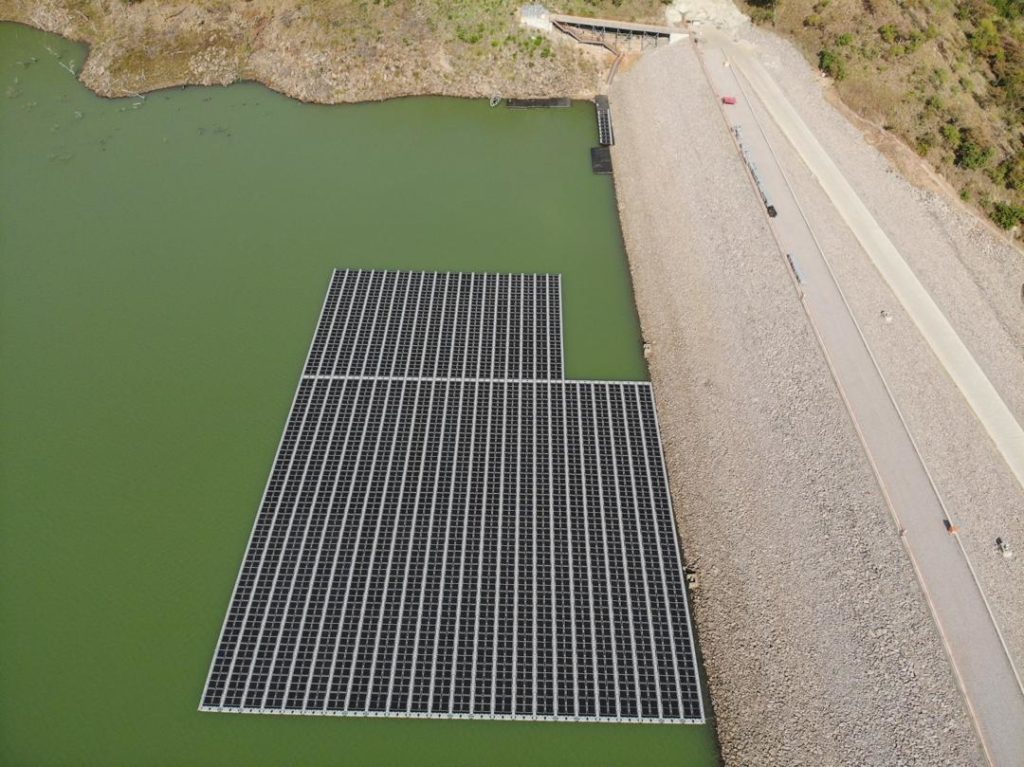 Ghanaian authorities have commissioned Ghana’s first hydro-floating solar hybrid power generating system. The 5MW Floating Solar PV System is built in the reservoir of the Bui hydroelectric dam in Ghana. The system is the first in the West African sub region. This forms part of the first phase of a 250MWp solar project, which is being implemented in phases of 50MWp.

In times of drought, the solar power plant should complement the production of the dam, which drops as the flow of the Volta Noire river drops. Ghana has been experiencing unpredictable rainfall patterns as a result of climate change. This could restrict the potential of the Bui hydroelectric power system to operate at optimum capacity. The chairman of the board of directors (PCA) of Bui Power Authority, Afare Apeadu Donkor, said construction work on the second phase of the project is in progress.

The government of Ghana is looking to diversify the country’s energy generation portfolio and increase the renewable energy component of her energy mix. The project, when completed, will add 250 megawatts of power to augment the Bui Generating Station’s 404MW hydroelectric dam. If all goes according to the government’s projections, 10% of the country’s energy capacity should come from renewable energy sources. This solar-hydrid project is in alignment with Ghana’s Renewable Energy Masterplan (REMP).

The Bui Power Authority says the construction works on the phase two of the project in addition to the novel Floating Solar Plant, was progressing steadily.

The Bui hydroelectric dam was commissioned in 2013 by the Chinese company Sinohydro. It operates with a gravity dam 108 m high above the foundations, 90 m above the river bed, over a length of 492 m at the crest. The hydroelectric power station has a capacity of 404 MW. The facility, which provides water for irrigation of 30,000 hectares of plantations, was 80% financed by Exim Bank of China ($562 million).