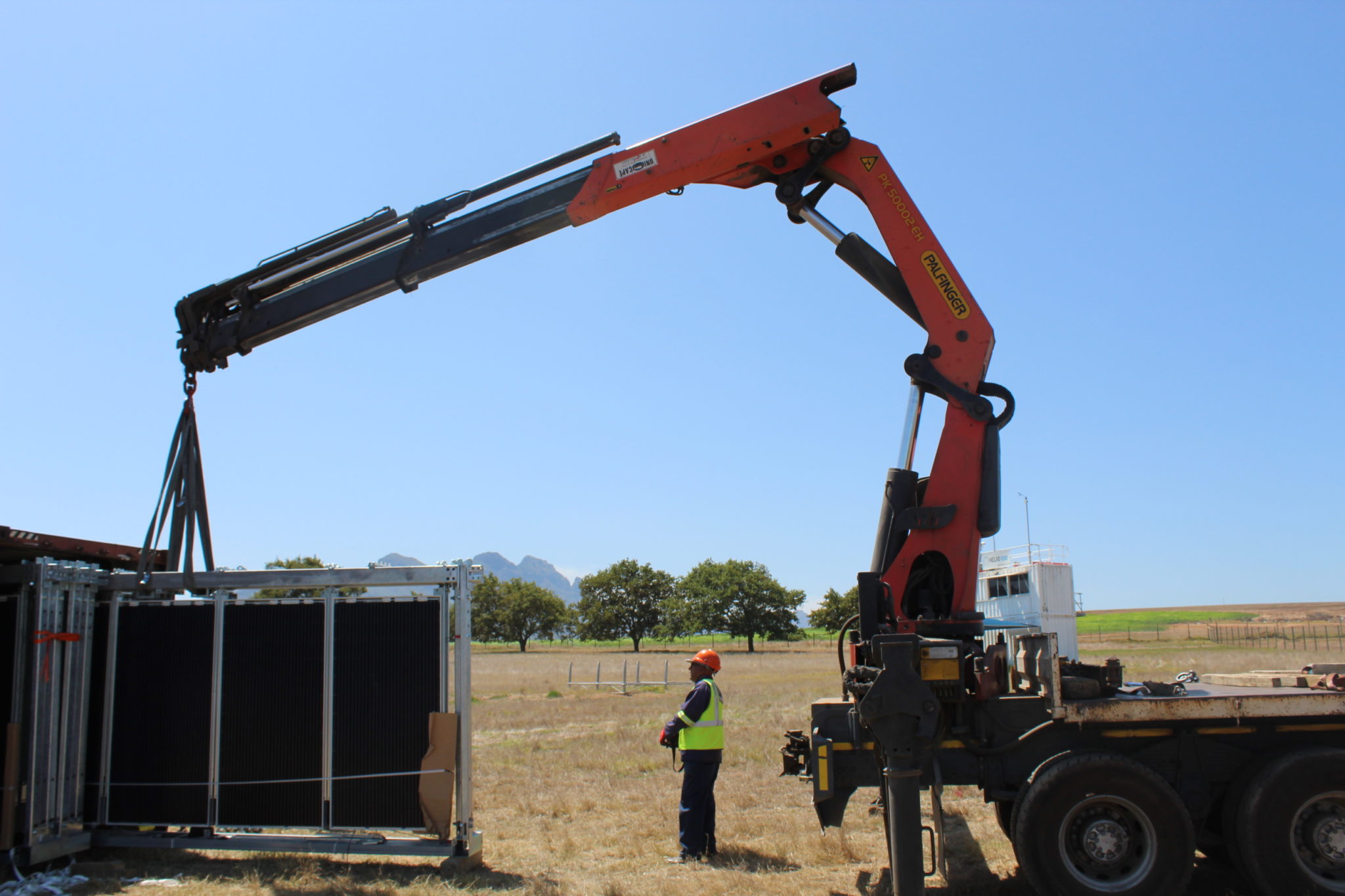 Release is a pre-assembled, modular and redeployable solar power and storage system.
LinkedInTweetShare

Release by Scatec is a pre-assembled, modular and redeployable solar power and storage system and is offered under a lease agreement.

ENEO and Release by Scatec entered into a flexible contract term that enables ENEO to coordinate the generation capacity with their needs. The hybrid solar and storage plants will supply electricity in Maroua and Guider, in the Grand-North of Cameroon. IFC is partnering with Release to realise these redeployable projects.

“We are pleased to enter into this agreement with ENEO, which further fuels our journey to make renewable energy more accessible and affordable across growth markets,” says Raymond Carlsen, CEO at Scatec.

“The deal marks our entry into the Cameroonian market, and we are proud to contribute with a cost-efficient and immediate solution to a cleaner and more stable electricity supply in a region suffering from power shortages caused by droughts limiting the supply of hydropower,” Carlsen added.

IFC will contribute 10-20% of the project costs of the Cameroon project and will further support the development of Release by Scatec through project development activities and future financing.

Commenting on the deal, IFC’s Country Manager for Central Africa, Sylvain Kakou said; “IFC is proud to partner with Scatec’s Release to help bridge the power gap in Cameroon through a unique solution that enables solar power systems to be quickly deployed to help meet the electricity needs of today while paving the way for more competitive, cleaner and long-term energy sector sustainability in Cameroon.”

Scatec says the pay-back time for its investment in the project is in line with previous guidance around the Release business concept.

“The structure of this project is unique as it ensures supply of clean and reliable energy for governments and utilities, without sovereign guarantee requirements or parliamentary approvals. We believe this model will be a sound solution for many utilities in Africa struggling with power shortages and grid instabilities,” says Hans Olav Kvalvaag, SVP Release by Scatec.

You may also like...
Related Topics:Cameroon, Featured, IFC, Scatec, solar