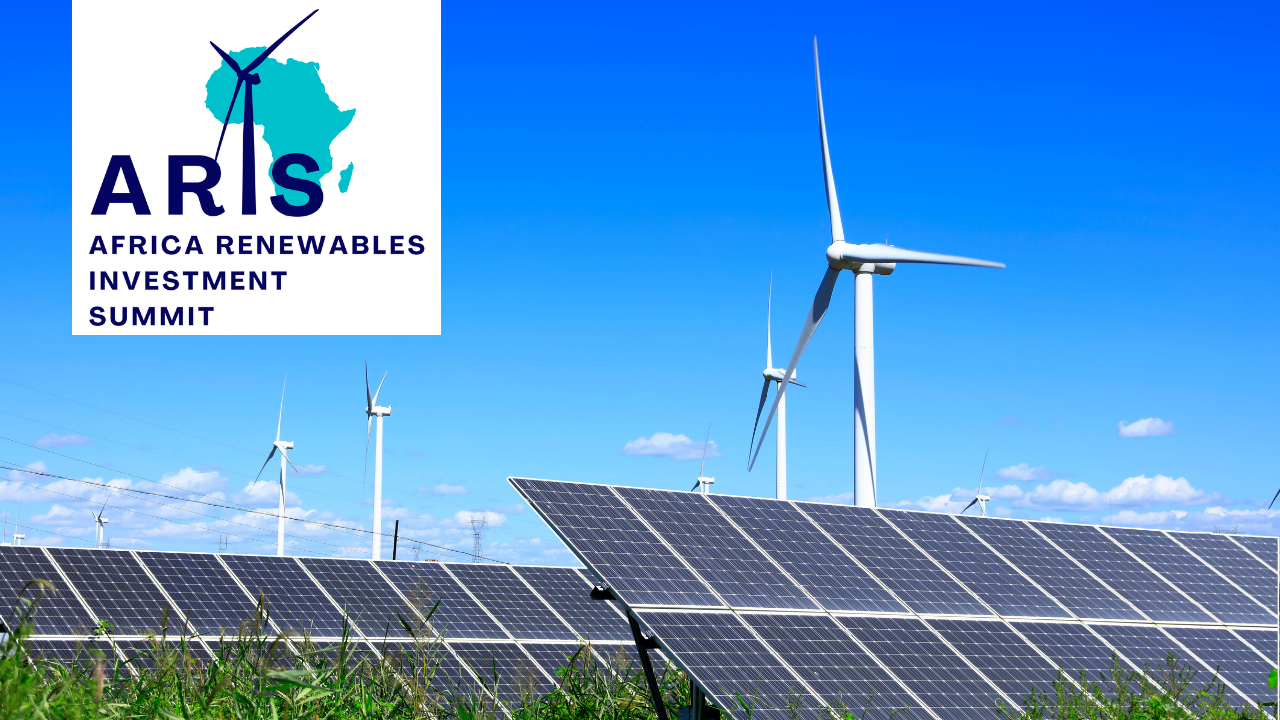 ARIS to take place in Cape Town South Africa, from the 27 - 29th of September 2022.
LinkedInTweetShare

The Global Wind Energy Council (GWEC), the industry representative body for the wind energy industry globally, and SolarPower Europe, a member-led association for the European solar PV sector, have signed an agreement with RenewAfrica, and the Africa Solar Industry Association (AFSIA), to jointly organise the Africa Renewables Investment Summit (ARIS) – an event that seeks to catalyse renewable energy investment for African countries.

Despite the continent’s massive renewable energy potential, Africa only received 2% of the US$2 trillion that was invested in renewable energy globally between 2000 and 2020. In order for Africa to meet its goal to achieve universal electricity access by 2030, at least US$70 billion renewable energy investment yearly will be required, according to the International Renewable Energy Agency (IRENA).

ARIS is also supported by GET.invest, a European programme that mobilises investment in renewable energy in developing countries, supported by the European Union, Germany, Sweden, the Netherlands and Austria. The event will take place in Cape Town South Africa, from the 27 – 29th of September 2022, at the Cape Town International Convention Centre 2 (CTICC 2).

Some of the speakers confirmed for ARIS include Eskom CEO, Andre de Ruyter, Ben Backwell, CEO of the Global Wind Energy Council (GWEC), and Walburga Hemetsberger, CEO of SolarPower Europe, among others.

John van Zuylen, CEO of the AFSIA said, “Based on the many requests we receive at AFSIA, we have noticed the great disconnect between solar project developers and financiers for projects in Africa. With the combined industry knowledge of all partners, ARIS will serve as the ideal matchmaking platform between stakeholders for all kinds of renewable energy projects.”

Munyaradzi Jani, Executive Director at RenewAfrica added; “With ARIS, we are giving developers and investors a unique opportunity to explore renewable energy opportunities within both the public and private sectors in Africa. We didn’t just want to host another talk-shop, we wanted to make an impact. Africa holds so much potential for renewable energy, and frankly now is the time for investors to ramp up investment on the continent. We are very excited to collaborate with industry leading organisations like GWEC, SolarPower Europe and AFSIA in putting together ARIS, and hope to help play a key role in accelerating Africa’s energy transition.”

To attend, speak, sponsor or exhibit at ARIS, email: info@invest-renewables.africa