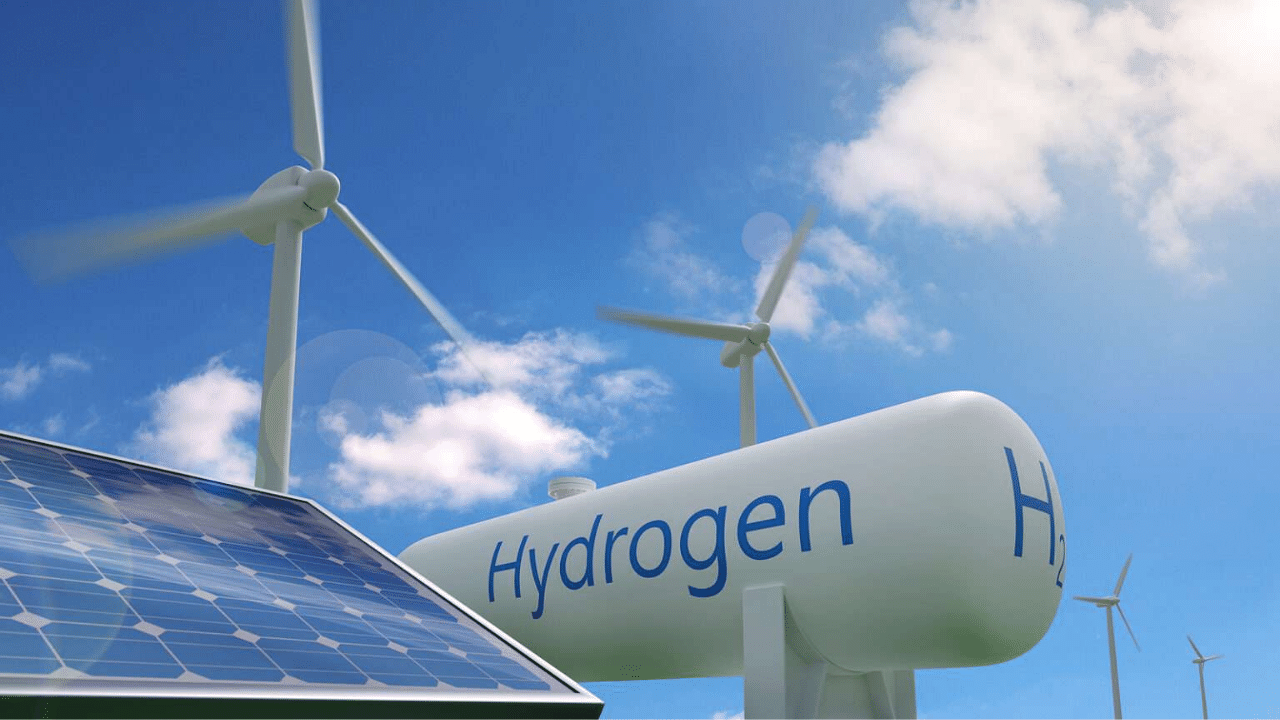 Africa has one of the world’s biggest potential for producing hydrogen, according to the IEA.
LinkedInTweetShare

Africa could supply the whole world with affordable low-carbon energy in the form of hydrogen, a new report suggests.

Africa could produce 5,000 megatonnes of hydrogen a year at less than $2 per kilogramme – equivalent to “global total energy supply today,” the IEA says.

Is hydrogen a sustainable option?

Hydrogen is an abundant and energy-rich gas that occurs naturally in water and fossil fuels like natural gas, coal, and petroleum, explains the US Energy Information Administration. Hydrogen can be used as a fuel by separating it from these sources.

When renewable energy – such as sun or wind – is used to power the separation of hydrogen from oxygen in water molecules, the hydrogen produced is classified as carbon-free ‘green hydrogen’.

When hydrogen is used as a fuel, the only waste element it produces is water. This makes it better for the planet than burning fossil fuels, which contribute to global warming by producing carbon dioxide, and to air pollution.

Africa has one of the world’s biggest potentials for producing hydrogen from low-cost renewable electricity, the IEA says. Africa has 60% of the world’s best solar resources, but only 1% of current solar generation capacity.

Wind power is also a big resource. Arid and semi‐arid areas are ideal for wind and solar, the IEA says, especially in North Africa, the Horn of Africa and Southern Africa.

By 2030, Africa could produce 80% of the new power generation it needs from solar, wind, hydropower, geothermal and other renewable energies, the IEA says.

The falling cost of both solar units and hydrogen production is predicted to further increase Africa’s hydrogen potential. In the IEA’s model, this results in Africa’s $2-per-kilogramme hydrogen being up to half the price of hydrogen from the rest of the world.

About 600 million people – 43% of Africa’s population – currently don’t have access to electricity. Most of these people live in sub-Saharan Africa. Countries including Ghana, Kenya and Rwanda will be on track for full access by 2030, the IEA predicts in its Sustainable Africa Scenario.

This is mostly achieved by extending national grids, it says. In rural areas – where most people without access to electricity live – solar mini-grids and standalone systems are the most viable solutions.

To reach universal access to affordable electricity by 2030, Africa will need to connect 90 million people a year, the IEA says. This is three times the rate of recent years. Hydrogen is seen as one of the answers.

How is hydrogen used in Africa today?

Hydrogen is currently used in industry to make fertilizer based on ammonia – a common crop nutrient – and to refine oil in North Africa and Nigeria. This hydrogen is mostly extracted from natural gas and coal and is not low-carbon, the IEA says.

But in the IEA’s model of future energy use in Africa, strong policy support and infrastructure investment triggers “rapid growth in the production and domestic uptake of low‐carbon hydrogen”.

By 2030, this leads to “significant potential” to export to demand centres in Europe.

The IEA notes that a number of low-carbon hydrogen projects are already under way or under discussion in Egypt, Mauritania, Morocco, Namibia and South Africa.

This article was originally published by the World Economic Forum and has been republished under license.