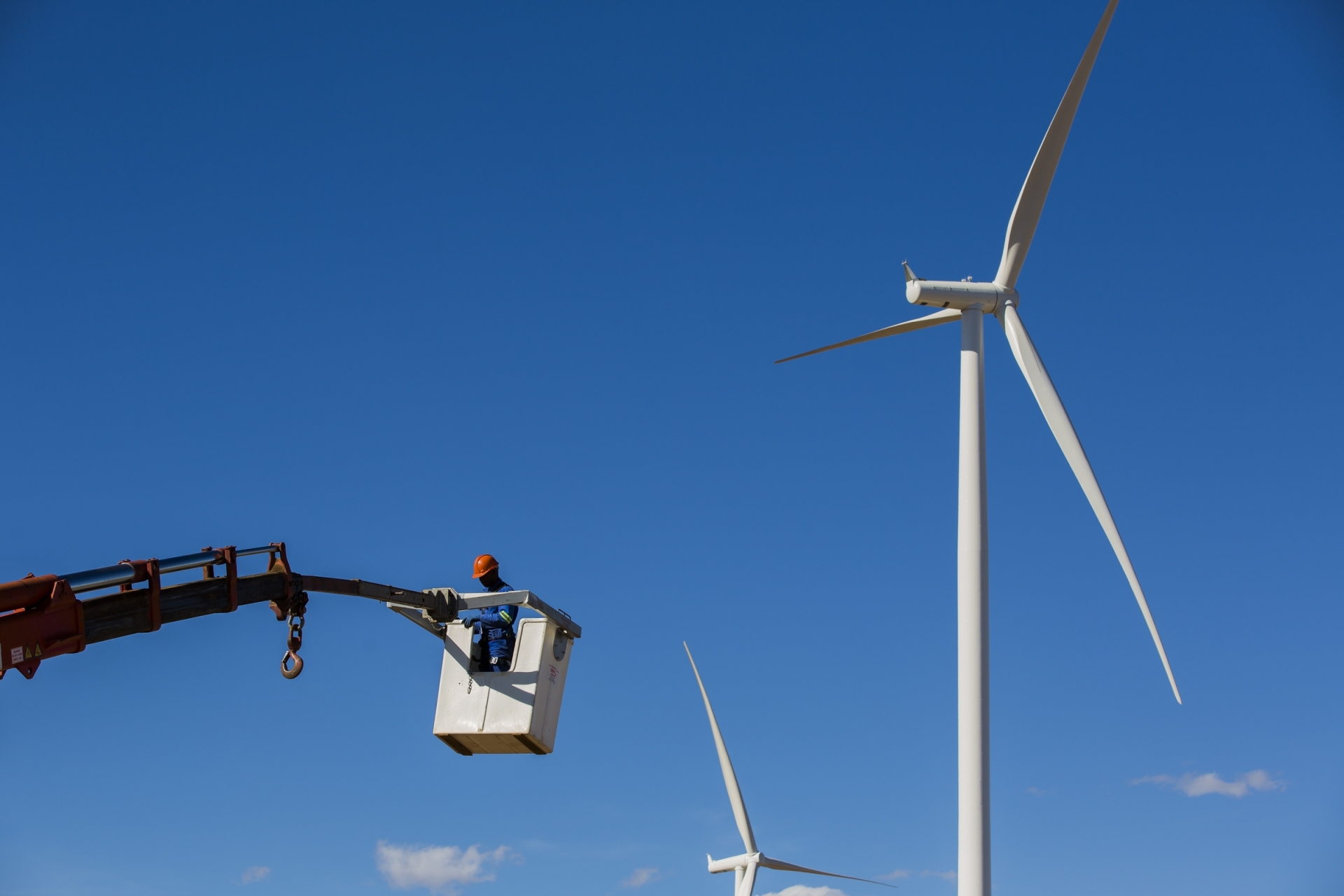 Delays and halted bidding windows, is one of the challenges highlighted by the industry.
LinkedInTweetShare

Ahead of the South African President’s State of the Nation Address (SONA) 2022, the South African Wind Energy Association (SAWEA) engaged the broader wind power sector to highlight the challenges that industry is experiencing, for presentation to the Project Management’s Office of the Presidency. The focus included both challenges the industry is currently experiencing to execute unlicensed 100MW renewable energy projects, as well as other independent power projects.

“As government aims to roll out an additional 5GW of renewables in the next 12 months, this direct engagement with the President’s Office, has been a unique opportunity, as we have been able to directly present challenges and possible solutions orchestrated by our captains of industry,” said Mercia Grimbeek, Chair of SAWEA.

Delays and halted bidding windows, is one of the greatest challenges highlighted by the industry, in relation to the REIPPP programme, as an inconsistent procurement timeline negatively impacts the continuous development and investment into industry. Furthermore, the inconsistent “start and stop” of REIPPPP impacts the growth rate for local manufacturing and the overall industrialisation opportunity that renewable energy presents.

This inconsistency results in financiers being risk averse because of concerns about future market access for energy. So, ideally we would like a market without risk of political intervention with an open market model, as lenders may require large scale security packages, such as Partial Credit Guarantees, to cover the risk of possible default and early termination making it less desirable for investment.

Furthermore, the sector also highlighted that the updated forecasting requirements impact the power pricing tariffs and there are identifiable gaps and inadequacies in how the penalties for deviation are calculated. To overcome this, it has been suggested that a local standard should be developed in collaboration with the buyer, Eskom, to ensure that it is more representative of the local market.

The sector has called for improved grid access and capacity, suggesting that grid planning should be integrated and contributions by the renewable industry considered, based on projects that are shovel ready. This will ease out the existing grid constraints, as areas that support further development will be considered.

“Looking specifically at the Northern Cape and Western Cape grid, the current constraints are preventing large numbers of quality market ready projects due to the application of a stability factor, which specifically limits the uptake of renewable capacity on the grid,” added Grimbeek, also pointing out that the Northern Cape hosts significant wind resources and a number of shovel ready projects, which cannot be bid unless there is increased grid capacity in the region. This is also true for the Eastern Cape, which may be at risk of not being available to participate beyond BW6.

Addressing policy around the private power purchase agreements (PPAs), it has been highlighted that the 100MW reform requires unclear process and rules regarding licensing under the revised 100MW cap, to be clarified. Furthermore, the process related to municipal energy procurement needs to be streamlined, as currently there is a risk in having different processes for all municipalities.

“Industry has called for clarity on these projects, including grid capacity to allow for effective wheeling from high resourced areas and have suggested clearer rules and called for wheeling costs to be fixed and linked to the CPI over the initial PPA term,” concluded Grimbeek.