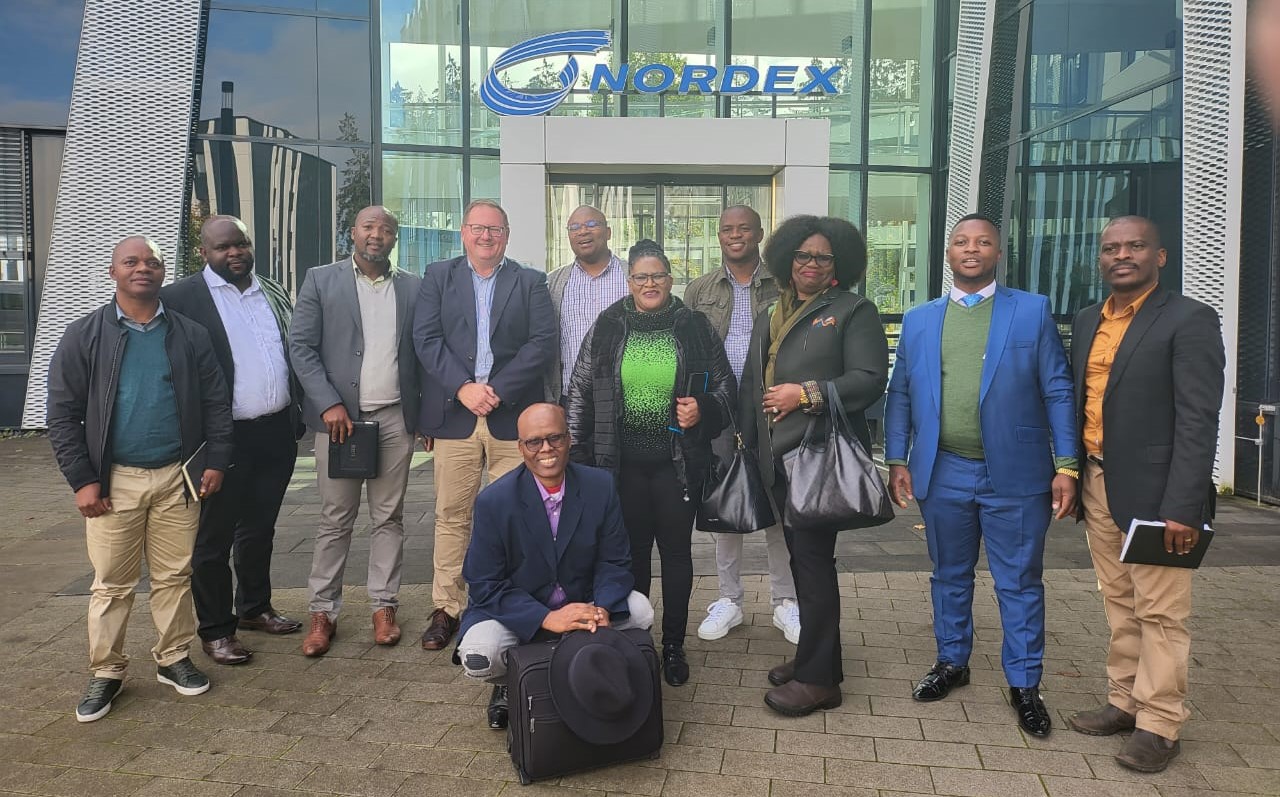 Delegation from Eastern Cape on a visit to Nordex SE’s manufacturing plant in Germany.
LinkedInTweetShare

A delegation from the Eastern Cape Provincial Government, recently visited a wind turbine manufacturing facility in Germany to explore potential investment, especially focused on component manufacturing and assembling within this area of the country.

The province is expected to house thousands of megawatts of renewable energy projects in the foreseeable future, which will attract sizable economic and socio benefits to this part of the country that boasts some of the world’s best wind and solar resources.

The Eastern Cape Province has world class wind resources, good quality solar resources, as well as optimal enabling conditions. It was therefore a high priority for the province to visit Nordex Energy SE (Germany), considering that Nordex Energy South Africa has five of its nine wind farms in this region.

The visit was focused on discussing Nordex SE’s perspective on the renewable energy sector, identifying areas of support and chiefly to look at possible investments along the value chain focusing especially on component manufacturing and assembling within the province. The province is host to a pipeline of thousands of megawatts of new renewable energy projects at environmental impact assessment phase or having already received environmental authorisation.

One of the constraints that has been identified, is now under discussion, namely the transport of major components from the Port of Ngqura to wind farms in the Eastern, Western and Northern Cape.

“The province is already an important hub for us, as we have a head office here as well as a warehouse, in addition to the numerous wind farms. We are invested long term and hence we are pleased to have had the chance to discuss constraints with these key stakeholders, who are charged with unlocking the associated benefits for the Eastern Cape,” concluded Innes Louw, Head of Operations at Nordex Energy South Africa.Eastern Cape