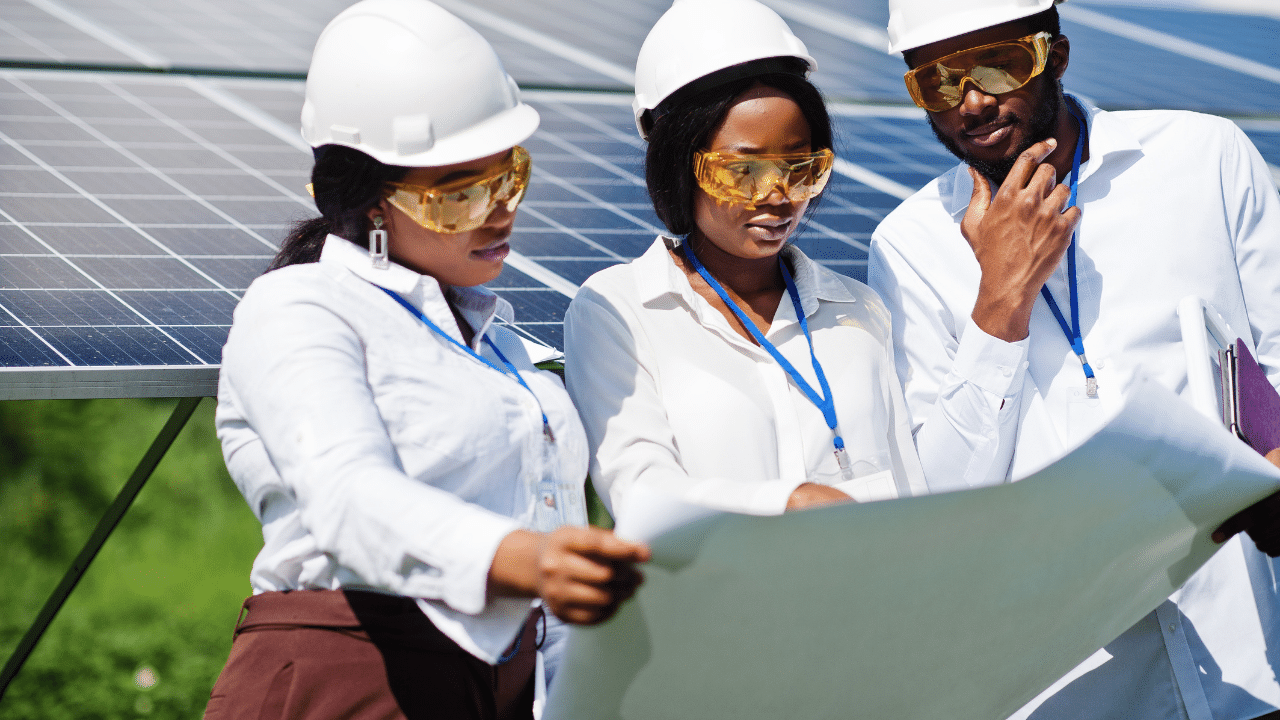 Parties to co-finance renewable energy projects over an initial period of 5 years.
LinkedInTweetShare

The African Development Bank and the Rockefeller Foundation have signed a Letter of Intent to collaborate on decentralized renewable energy (DRE) solutions and grid-based energy transition for the African continent.

The partnership was signed just a few days after the launch of the Global Energy Alliance for People and Planet (GEAPP) at COP26. With catalytic capital from The Rockefeller Foundation, IKEA Foundation and the Bezos Earth Fund, and a consortium of nearly two dozen public and private sector partners, GEAPP aims to accelerate an equitable energy transition in 60+ priority emerging and developing economies, and in doing so create tens of millions of green jobs and avoid 4 billion tons of greenhouse gas emissions.

The partnership will see both institutions within the GEAPP framework co-finance projects of up to $1.6 billion over an initial period of 5 years. The Rockefeller Foundation will dedicate up to $100 million in catalytic concessional capital to this partnership with the African Development Bank in the context of GEAPP with a view to mobilizing up to $1.5 billion in capital for aligned investments from the Bank and other public and private sector partners across Africa.

One of the priority areas of collaboration under the partnership is support for the roll out of DRE solutions, utility-scale solar projects and associated grid investments to accelerate transformational programs that deliver energy to underserved communities at scale via low carbon solutions, including accelerating the African Development Bank’s Desert to Power (DtP) initiative in the Sahel region. The Rockefeller Foundation will leverage the African Development Bank’s strong relationships, track record, and operational presence throughout the Sahel.

To support this effort GEAPP intends to invest an initial $35 million into the Sustainable Energy Fund for Africa (SEFA), hosted by the African Development Bank Group, to leverage up to $500 million in aligned investment for the implementation of jointly agreed projects in the Sahel countries.

Another priority area for the GEAPP partners is the nexus between energy and agriculture, with both institutions recognizing that investments in demand stimulation, specifically increasing the productive use of power, are critical to raising the utilization of decentralized renewable energy capacity, creating jobs and improving livelihoods.

“The Global Energy Alliance is a game changing initiative which will help to accelerate access to electricity in our drive to end global energy poverty.  The African Development Bank is excited to partner with The Rockefeller Foundation and its alliance partners, to help light up and power Africa,” said Dr. Akinwumi A. Adesina, President of the African Development Bank Group, who was represented by Vice President for Power, Energy, Climate & Green Growth, Kevin Kariuki.

“As an anchor partner of the Global Energy Alliance for People and Planet we are proud to work with the African Development Bank to accelerate the transition to clean energy across Africa in a way that also offers hope and opportunity for all people,” said Dr. Rajiv J. Shah, President of The Rockefeller Foundation. “Together our aligned investments will help ensure a more rapid transition from coal and other fossil fuels that also creates jobs and expands energy access to underserved communities across the continent.”

You may also like...
Related Topics:AfDB, Featured, Investment, Rest of Africa, The Rockefeller Foundation