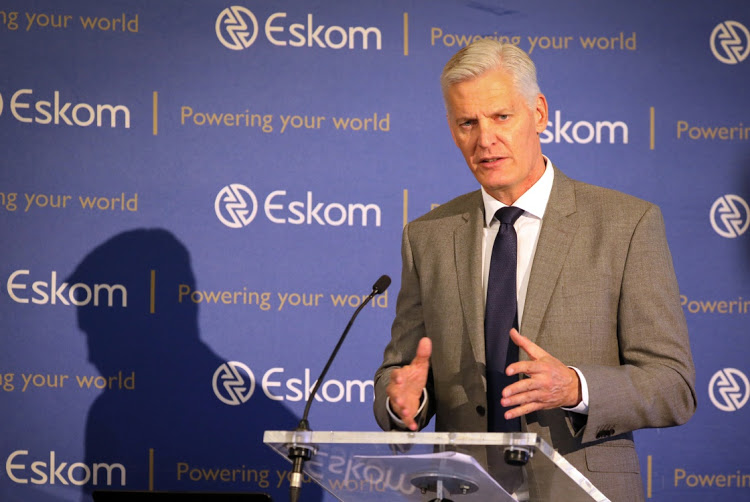 CAPE TOWN – South Africa’s state utility Eskom has embarked on a bold target to achieve Net-Zero carbon emissions by 2050, this according to CEO Andre De Ruyter who was speaking on Bloomberg. De Ruyter says Eskom plans to retire 10GW – 12GW of coal fired energy plants and replace them with cleaner sources of energy. Ten of Eskom’s coal fired power plants are scheduled for decommissioning by 2040 as they are old and reaching the end of their lifespans. De Ruyter further adds that this energy transition has to be “Just” to the communities that have been benefitting from the coal energy plants and mines for generations and whose livelihoods depend on these plants.

We have to retire between 10GW and 12GW of coal plants over the next decade. That creates an opportunity for us to replace that coal fired generation capacity with environmentally friendly, renewable energy

Potential for ‘repowering’ some of the stations using alternative generation technologies

A process has already started for three coal energy plants earmarked for decommissioning in the Mpumalanga Province. The Grootvlei, Komati and Hendrina power stations, in Mpumalanga are the first of the ten plants to be decommissioned by 2040. Eskom is also assessing the potential for ‘repowering’ some of the stations using alternative generation technologies, including renewables, gas, biomass, battery storage and hydrogen.

The state owned utility will also assess prospects of ‘repurposing’ the sites for non energy-related economic activities such as agriculture and the provision of bulk water services and water treatment.

The role of the Just Energy Transition office

To facilitate the “Just Transition”, Eskom recently established the just energy transition (JET) office headed by Mandy Rambharos. The utility realises that a move from coal energy to renewable energy is a seismic change in direction and requires careful management given the complexities involved. During a webinar in June organised by South African National Energy Association, Eskom CEO emphasised that the establishment of JET presents an opportunity for a “Just Transition” to be given dedicated effort and attention.

Speaking during a webinar last week, the head of Eskom’s JET, Mandy Rambharos, indicated that Eskom is contemplating investing directly in renewable energy technologies. She went on to say that the repowering of retired Eskom coal power stations will possibly be implemented in partnership with private sector partners as Eskom’s financial position is currently in dire straits.

“We are committed to a just energy transition, where the ‘just’ and the ‘transition’ are equally important,” said Mandy Rambharos

How Eskom intends to get to Net-Zero

Eskom will still produce power using some of its coal plants but renewables will constitute the majority share in the energy mix. To get to Net-Zero Eskom will pursue carbon offsetting activities for residual emissions, purchase carbon credits, as well as investment in projects that remove carbon dioxide from the atmosphere. Eskom currently has one large scale renewable energy project, the 100MW Sere wind farm located just outside Cape Town. Eskom’s plan for a “Just Transition” includes increasing its own renewables capacity as most lenders are unwilling to finance coal projects