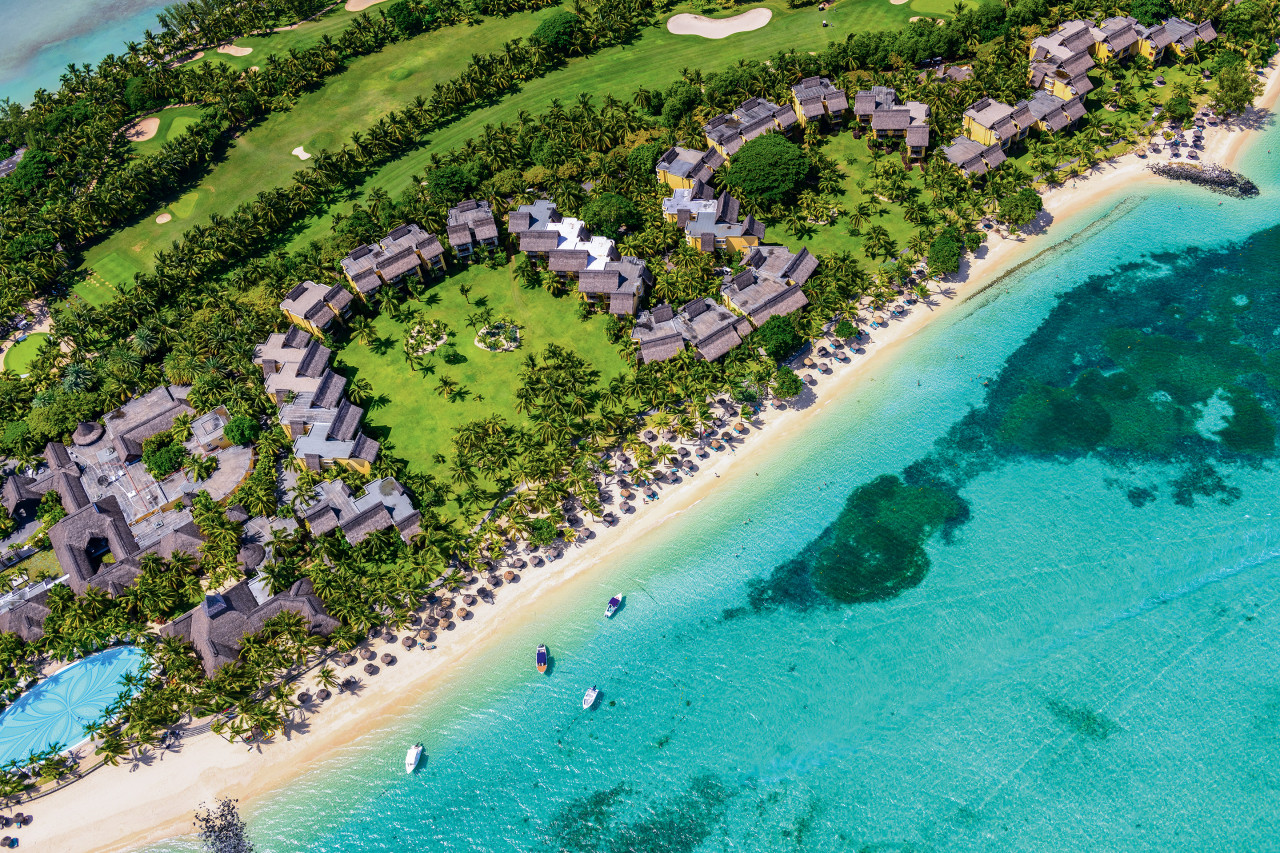 Mauritian hospitality group Beachcomber Resorts & Hotels has installed solar panels in four of its eight resorts in Mauritius. The hotel group is the first in the paradisiacal  island country to install solar power, according to the statement issued by the hotel group.

“Beachcomber is the first hotel group to install photovoltaic (or solar) power plants in the MSDG (Medium Scale Distributed Generation) scheme of CEB (greater than 50kWp) in four of its hotels,” says Roy Ittoo of Ecoasis.

The solar energy system will enable  the Group to considerably reduce its dependence on fossil fuels and achieve a threefold objective: to promote renewable energy, to lighten the load on the Central Electricity Board (CEB), and to reduce greenhouse gas emissions. The reduction of the load on the national grid is equivalent to the average consumption of 608 families in Mauritius. Likewise, the solar panels at Trou aux Biches Beachcomber and Victoria Beachcomber have already allowed the Group to cut the emission of 131 tonnes of CO2.

“With this approach, the Beachcomber Group strengthens its position as a pioneer in the field of sustainable tourism. Ecoasis is very proud to have been chosen as a partner for the installation of the photovoltaic plants. These plants will be able to cover a large part of the electricity consumption of the hotels and will have a significant impact on the reduction of greenhouse gas emissions on the island,” added Roy Ittoo of Ecoasis.

Beachcomber Resorts & Hotels says it plans to install similar panels in the remaining four resorts in “the near future”.

“Our goal is to eventually equip all our hotels with solar panels. We always aim to strengthen our actions that respect the environment,” says Geraldine Koenig, Chief Officer Operational Excellence of Beachcomber Resorts & Hotels.